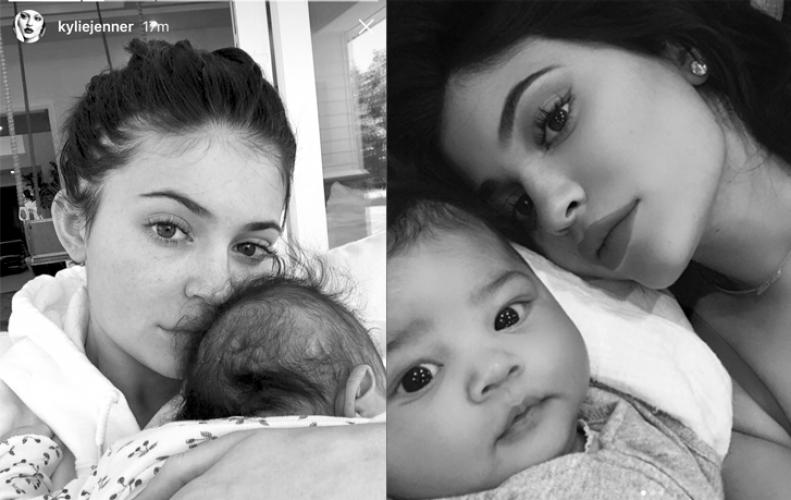 In a new interview with Evening Standard, Keeping Up With the Kardashians star Kim Kardashian sits down with her oh-so-famous sister, Kylie Jenner, the youngest of the famed clan who recently gave birth at the age of 20 to daughter Stormi Webster in February.

In the sisterly sitdown, Kylie opens up about a variety of topics, including the inspiration behind her daughter's unusual name, how she's dealing as a new mom and what her thoughts are on plastic surgery.

Q: Kim: What is the inspiration behind Stormi’s Name.

A: Kylie: I actually do not know how we thought of Storm. Her dad insisted it was him, but I sense like it was me. And that just stuck with us. And then I did not actually like just Storm—I did not feel like that was her name. So then it became Stormi. And it immediately stuck. I sense like there were a lot of other names that I may have even liked superior to be truthful, but I sense like Stormi chosen her own name, like it was just her name.

Q: Kim: What type of world would you like Stormi to grow up in?

A: Kylie: She is going to have her own challenges. I presently wish that she is strong and autonomous and positive.

Q: Kim: What is the most astonishing thing about being a mom, and how has your viewpoint changed on prettiness and business ever since becoming a mom?

A: Kylie: I think more about the prospect as of her. Every time I leave and I am worried about leaving her, I am like; I am doing it for you. Everyone says you change totally when you become a mom, but I actually feel the same, just enhanced. So I do not know what actually has completely changed my world, because of her, of course. But I feel similar to it is only gotten better. You are less selfish—and I in fact enjoy altering diapers. It is really pleasing. To make her clean again.

Q: Kim: What are your views on plastic surgery?

A: Kylie: I experience like if it makes you believe improved, and if that is what you want to do, I am not against it. Right now I possibly would not do anything really.