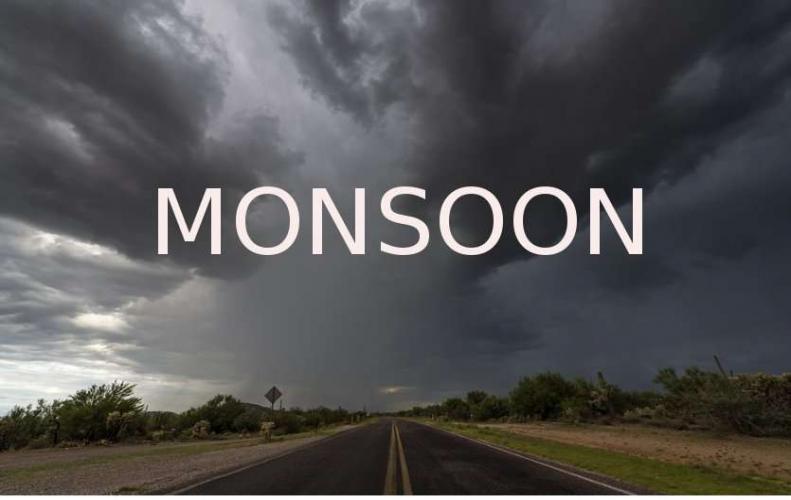 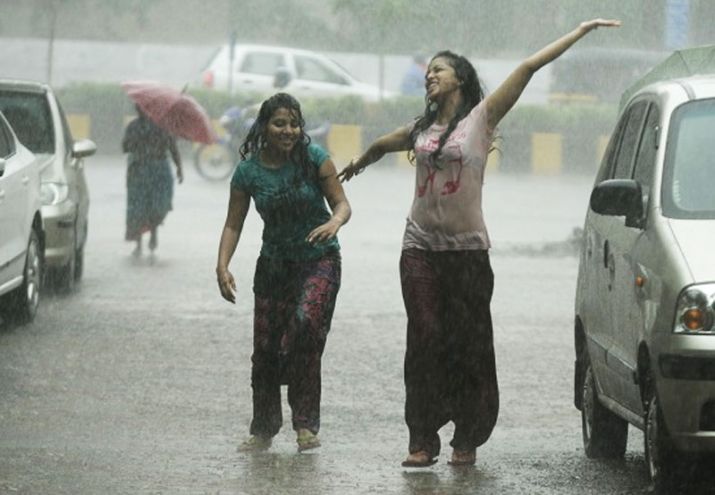 The monsoon rains reached more parts of central India on Sunday, showing its stalled movement since 11 days. Met experts predict the monsoon crawling will gain momentum now and the system will cover parts of north India, counting Delhi by June last around 29 to 30th of the month.

As predicted the monsoon will arrive in North regions of India from Tuesday or Wednesday, while the monsoon entered Madhya Pradesh on Sunday, and slowly pushed itself towards Maharashtra and Gujarat. The Met deptt of India says that within two days the monsoon will reach other central parts of the country counting east too. The Monsoon winds were interrupted for around 11 days due to unfavorable conditions in the India Ocean, from where the rain inducing winds rise. This will cause a rainfall deficit of around 11 % in first phase. The Monsoon winds are still in the advancing stages only during which it moves north and western Indian subcontinent, gradually covering the entire country by the Middle of July. 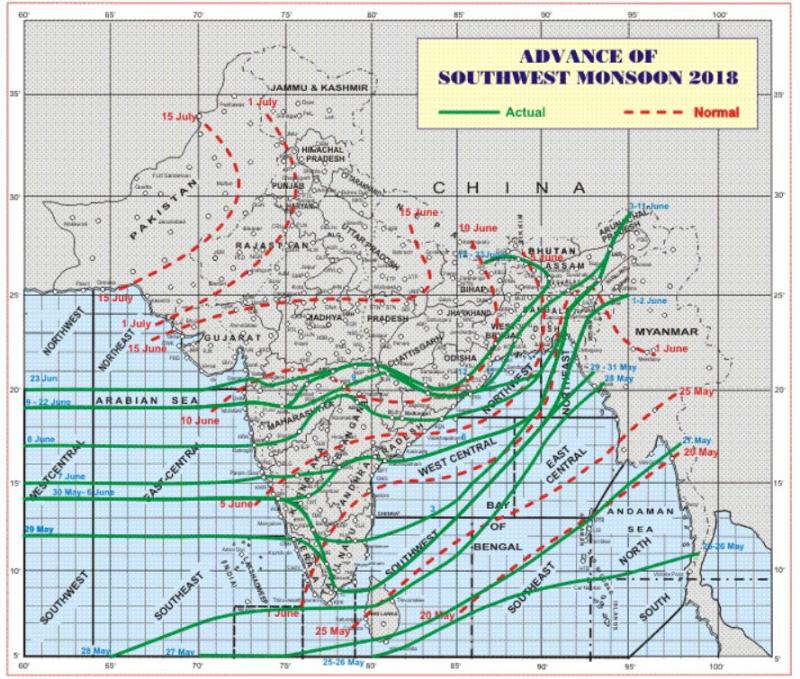 IMD suggests a good monsoon in sowing months of July where it is probable to reach 101% rainfall( which is 1% more than normal rainfall). Whereas the end of July September is forecasted to reach lower to 97% of the normal range.Although there are now growing concerns of El Nino effects that will mount in the last month of the Monsoon, which will lessen the effects of rains during September. Most international weather agencies have now put out an “El Nino Alert” in context of continued warming of the Pacific.

As we all know El Nino is warming of ocean currents in equatorial regions of Pacific mainly near Peru that suppress Monsoon winds.