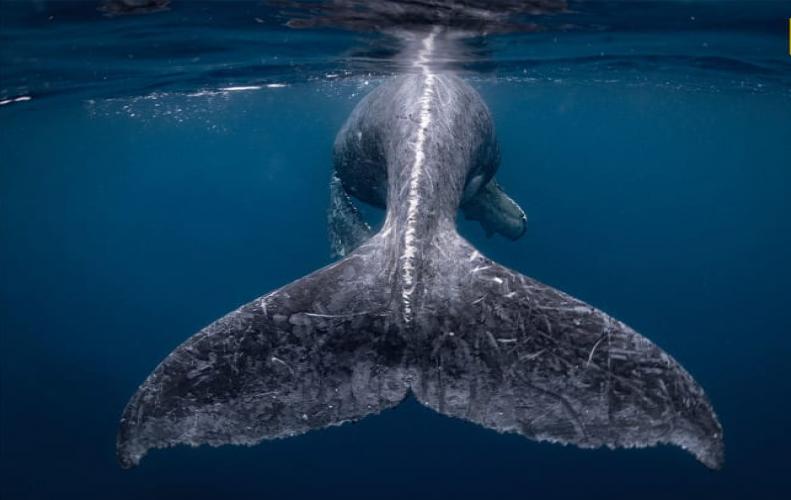 Lovers of movement and photography, be set up to consume with envy. The victors of the 2018 National Geographic Travel Photographer of the Year challenge have recently been uncovered, displaying probably the most unfathomable scenes of untamed life, regular ponder, and culture found on our weird little planet.

The winner of the amazing prize is Reiko Takahashi for her tail-side photo (above) of a humpback whale calf cruising the oceans off Japan's Kumejima Island, suitably titled "Mermaid." 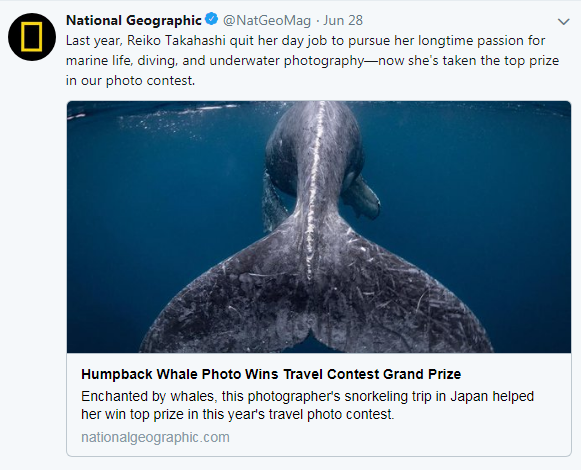 Along with the title and wonder, Reiko additionally stashed a $10,000 prize. Not awful, particularly considering she as of late left her office occupation to seek after her energy for submerged photography.

Takahashi took the photograph, titled "Mermaid," off the bank of Japan's Kumejima Island. The long-term picture taker left her office employment to seek after her energy for submerged photography and went to Kumejima Island set for photo humpback whales with their young calves.

"It was an extraordinary scene for me, to have the capacity to take a photograph of the calf, totally casual in delicate waters," said Takahashi. "I truly can't trust it. It was my fantasy to win. I am regarded and it will be the main thrust for my future shooting,"

"I was truly aching to see the bond between a humpback whale and her calf," Takahashi reviewed. Entranced by the cozy connection amongst whales and their young, Takahaski, who was functioning as a semiconductor build up to this point, submitted herself to ponder the creatures further.

Reiko Takahashi said about her photo " was lucky to have experienced a humpback whale with her calf on my first-day swimming close to Japan's Kumejima Island. More often than not, the calf remained nearby to her mother. At a certain point, the calf started hopping and tapping its tail on the water close us—it was benevolent and inquisitive. At long last, the mother, who was observing close-by, came to get the calf and swim away. I became hopelessly enamored totally with the calf and its extremely vigorous, extensive, and delightful tail." 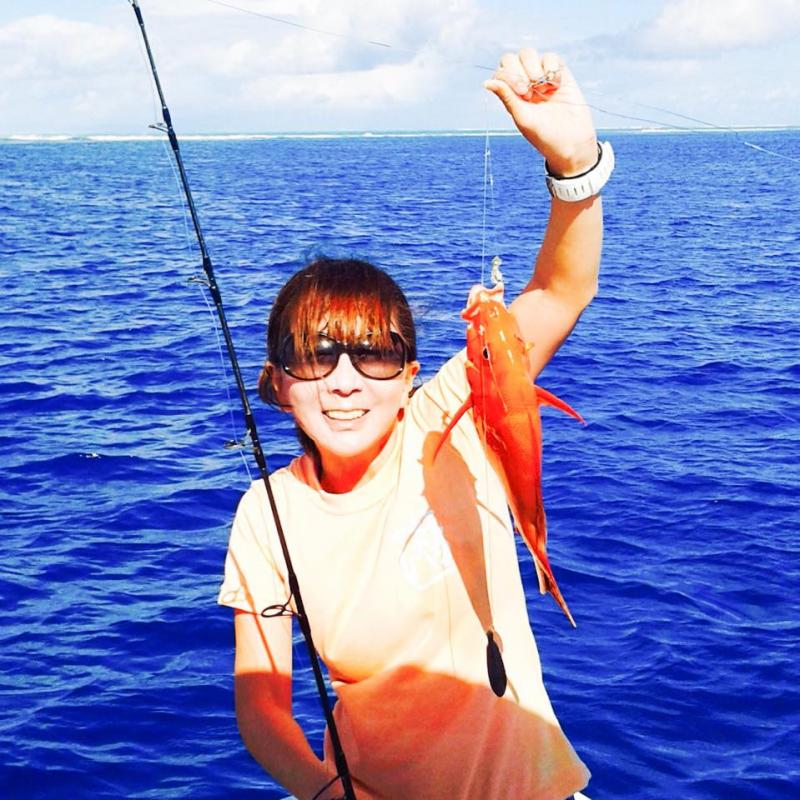 She is from Kitakami, Iwate, Japan

"I spend at the Sanriku sea coast in Japan until graduated high school.

I grew up watching the sea all day.

Fifteen years ago, I started shooting to my dog.

I was shooting around the nature of Tohoku in Japan.

I had a passion for diving since 12 years ago and transferred the object of shooting from the land to the underwater five years ago.

My nickname is "Alice"

Yes, I live in a "Wonderland".

Please take a peek at "Alice in wonderland"

Alongside the stupendous prize, top photographs were chosen in every one of the three classes. Reiko was the champ in the Nature class, while Hiro Kurashina of Japan won the "Urban communities" classification for his photograph titled "Another Rainy Day in Nagasaki, Kyushu", and Alessandra Meniconzi of Switzerland cleared the distinctions of the "General population" classification for her picture "Tea Culture." They both additionally brought home a $2,500 prize.

You can look at a choice of the victors and sprinter ups. Make certain to peruse the photos subtitles for advance experiences, which are all composed by the picture taker themselves.

They were selected from more than 13,000 entries from around the world.I hope you love this blog and All Photographs.

Read More: Photography Tricks that will lead you to Professionalism