Famous Black Actresses Around the World - List of Top 25 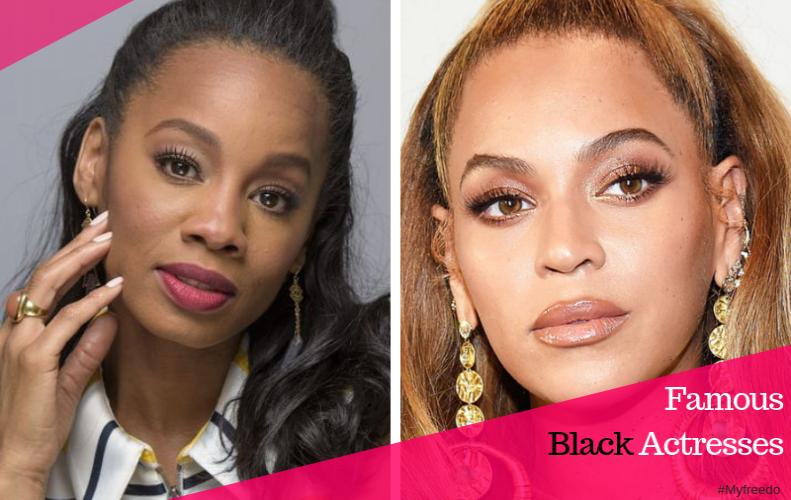 Explore the List of Famous Black Actresses Around the World

Being a woman is a matter of pride! No matter where you are born, and how you are born! But since ages, people have set their mindset that white woman is beautiful. Innumerable black women were rejected for their color. Be it Hollywood or Bollywood, black was not considered as beautiful. Black women were taunted, criticized, disrespected and even black women were not allowed to work as models or actresses. But as they say, time keeps on changing! With time the mentality of people changed and they started considering black woman equal to the white beauties. The journey for famous black actresses was not easy, it was difficult for them to let the world recognize what they got.

Throughout the history of cinemas and movies, the entertainment world has featured incredibly talented black actresses from all over the world. Those great black actresses have come a long way in establishing themselves and have starred in every genre of film from comedies to dramas to action to musicals. Most of these black actresses were even awarded for taking the world by storm. Here is the list of 25 famous black actresses that have proven that Black Is Bold! Go on and read some names that have changed the history.

This lady needs no introduction. Undoubtedly she is the fantasy woman of the 21st century. Besides her beauty, she is an iconic singer, dancer, and actress. She was the first African-American woman to ever win the ASCAP9American Society of Composers, Authors, and Publishers) Pop Songwriter award in 2001. She is one of the wonderful famous black actresses, a mother and a brand in itself.

Through her career, she had played critically acclaimed biographical roles. She is known as one of the captivating and sensational people.  She was nominated for the Academy Award For Best Actress for portraying Tina Turner in "What's Love Got to do with it".

The Oscar-winning actress started her career as a production assistant. She received an academy award for the best supporting actress for "12 years a slave" and became the 9th famous black actresses to win this award. In past years, she was also the "Most Beautiful Woman" for her lovely chocolate skin, and sharp features.

She is one of the most loved and famous actresses. She is an Academy Award winner and got the tile of one of the most influential people in the world.  She was praised for her roles and some of her marvelous projects include 'The Curious Case of Benjamin Button'; 'The Karate Kid'; Hustle & flow etc.

She started her career as a theater artist for several political productions such as Talking to Terrorists, The Overwhelming, & Fallujah. Chung is one of the famous black actresses for her roles in the mini-series of 'A.D. The Bible Continues'.

Completely focused on her career, this bold & beautiful actress is 28 years old and have a lot many fans. Along with movies, she is also a Voice artist and is famous for lending her voice in the movie-  The Angry Bird, Time out of Mind and many more.

Anika Noni Rose began her acting career in high school, appearing in a school production during her freshman year. is famous for her acting and singing skills. She had given many Tony Award-winning performances which makes her one of the most famous black actresses. Rose was honored with a Lucille Lortel Award, a Theater World Award & a Clarence Derwent Award.

She was an amazing stage actress, professional singer and also a comedian. Along with all this, what makes this jolly lady apart from everyone, was the fact that she was the first famous black actresses Oscar Winner. She received the award in 1940 and changed the mindset of many people. It won't be wrong if we will say that the young generation should thank this lady for taking them out from the stereotype people.

The name that everyone knows! What makes her famous is her beauty, talent and of course her hotness. She is one of the hottest women in the entertainment industry & according to Forbes 2012 she is one of the powerful celebrity

After winning the Miss World 2000 pageant, Priyanka started her career as a Bollywood actress and became one of India's highest paid celebrities. Priyanka gained wider recognition after featuring in a lead role of Alex Parrish in the thriller series of Quantico and became the first South Asian woman to work in an American network drama series.

She gained a wide public recognition after getting starred in the ABC drama Scandal. With a net worth of $18 million dollars, she is one of the famous black actresses who has established herself, and despite her skin color have captivated everyone with her looks.

It would not be wrong to say the Zoe Saldana is one of the hottest black women in the show business. She is renowned for playing the different roles and of the different genre. She also was the part of Pirates of the Caribbean, Star Trek, Avatar and many more. She is not ashamed of her African ancestry and takes immense pride in it.

A proud woman of African-American heritage, Vivica starred her acting career in California where she went to attend college. She resurged her career after appearing in Quentin Tarantino's "Kill Bill" Volume 1 & 2.

A mind-blowing actress and now a producer is increasing her fan following day by day with her beauty and amazing producing skills. She carves out a niche for herself successfully since the day she entered the movie industry in 1984. Along with her acting talent, she is very creative in front of the camera that makes her one of the famous black actresses.

She is a beautiful and elegant black actress, and have the ancestry of African-American & Caucasian. Her debut film in the year 2005 made her a superstar, and she was known for her acting skills. She had done around 18 movies from then and have also indulged herself in television roles.

This beauty with divine looks gained her popularity from the fantasy series "Game of Thrones". She is a worldwide renowned celebrity and has also featured in Furious 7, The Titan & The Maze Runner. She made her debut in 2012, and from then had done almost 6 movies until know.

She is a singer and actress, and also participated in the third season of American Idol. She started her acting career in 2006  in the movie named Dream-girls. She was also honored with a number of awards named Academy Award, Golden Globe Award, BAFTA Award etc.

It would not be wrong if we name her "a heartthrob of millions". She is one of the famous black actresses of the industry, and have spent more than 25 years entertaining the Hollywood industry.

Kellita is one of the popular names in the Hollywood entertainment industry. Along with being an actress, she is a  comedian as well as a model. She had done a large number of moves, T.V shows and have gained a large number of fans.

Considered one of the attractive black women in the industry, Meagan started her career at the tender age of 4. She has done numerous TV shows, films, and music videos.

It won't be wrong if we will say that Ruby Dee was a legend in her own light. She started her career in 1948 from the movie "That Man of Mine" and was active throughout her life. Although her last movie was in 2013, she did theater work till her last breath. She died at the age of 91 and was truly an inspiration for everyone.

A small girl of 16 years old has taken the Hollywood industry by storm after her role as Zuri Ross in the Disney series Jessie.  She did her debut in 2005 from the film named 'Liberty Kid". Though she was a small kid at that time, from then she had gain so much popularity and fans, that it is 100% sure to say that this little girl will reach the height of her career.

From the tender age of 13, Jessica was scouted to become a model. Being a black woman it was very difficult for her to fight the stereotypes. But she fought all of them and got the first job as an editor for Vogue.  With her continuous hard work, she got a small role in"Big Momma's House" which changed her life and made her one of the famous black actresses. With her dedication, she filmed her own docu-series on Oxygen. She also opens the organization and named it The Angel Foundation,\. She worked there and in the same year, she released the single under the stage name "jypsy" called Bipolar love.

So, this was the list of the 25 most famous black actresses. There are uncountable Black actresses who are talented and are entertaining us thoroughly and have proved that skin color won't stop them to achieve anything in the world. They have given us a new motto of "Black is Bold" and we are loving how these gorgeous ladies are conquering the world.

Read More: Most Beautiful Faces In The World

Famous Black Actresses Around the World - List of Top 25