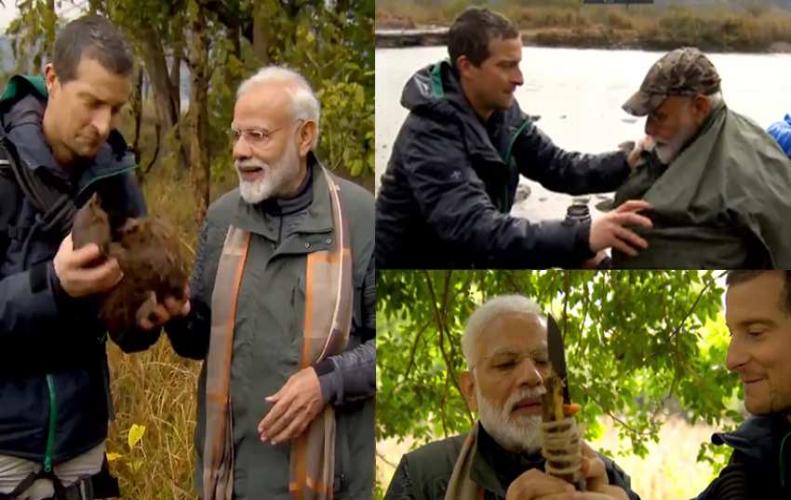 One of the most famous television show Man Vs Wild that used to telecast on Discovery Channel is setting a new benchmark. According to the channel, the Prime Minister of India Mr. Narendra Modi will be featured in one of the episodes of Man Vs Wild with the host of the show Bear Grylls. The episode will be telecasted on 12th August 2019 at 9.00 PM IST on Discovery Channel. 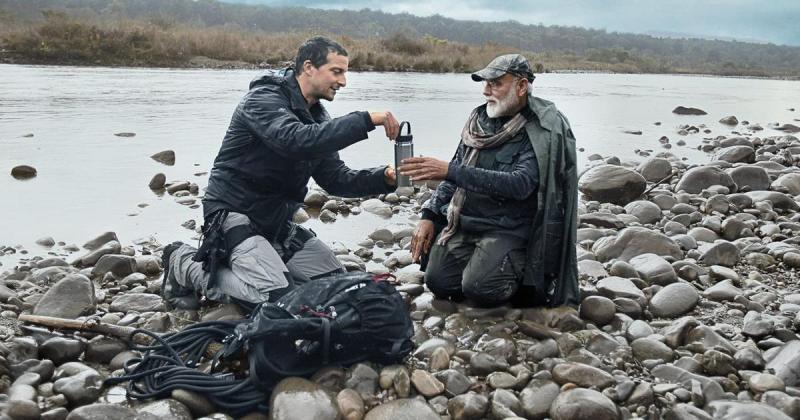 This news created a buzz in the country just after Bear Grylls tweeted about this episode from his official twitter handle. Bear Grylls stated that “People across 180 countries will get to see the unknown side of PM @narendramodi as he ventures into Indian wilderness to create awareness about animal conservation & environmental change. Catch Man Vs Wild with PM Modi @DiscoveryIN on August 12 @ 9 pm. #PMModionDiscovery.”

This episode was shot at the beautiful forest of the Jim Corbett National Park that lies under the state of Uttarakhand in India. Discovery Channel stated about the episode that they highlighted the most important issues including environmental change and wildlife conservation in this segment. 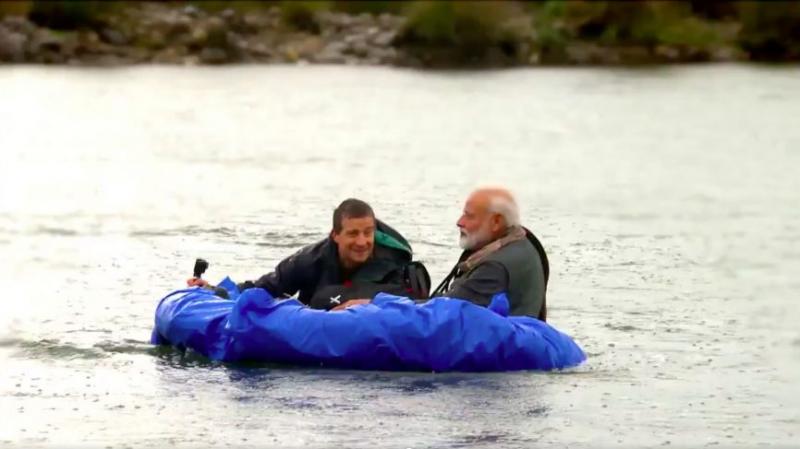 Addressing to the media PM Narendra Modi stated about this event that “For years, I have lived among nature, in the mountains and the forests. These years have had a lasting impact on my life. So when I was asked about a special programme focussing on life beyond politics and that too in the midst of nature I was both intrigued and inclined to take part in it. For me, this show presents a great opportunity to showcase to the world India’s rich environmental heritage and stress on the importance of environmental conservation and living in harmony with nature. It was a great experience spending time in the jungle once again, this time with Bear, who is blessed with indefatigable energy and quest to experience nature at its purest.” 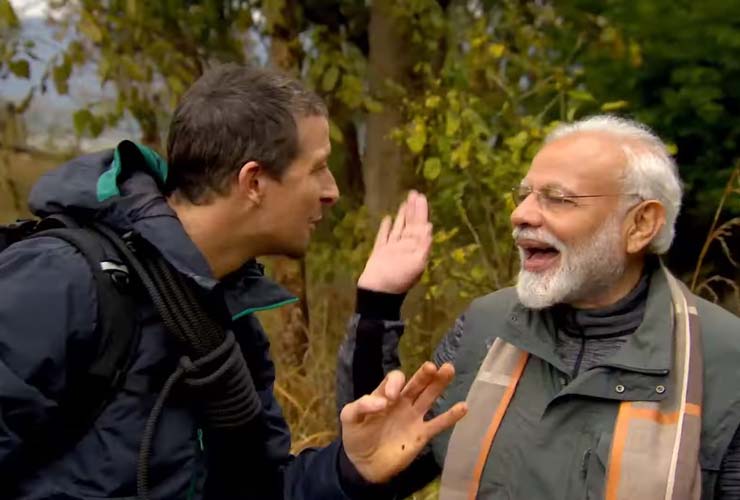 The host of the Man Vs Wild Bear Grylls is very excited and stated about this episode as “It is such a privilege to be taking Prime Minister Modi on an adventure into the Indian wilderness and I feel truly honoured to get to spend time with this remarkable world leader. The wild reminds us that we need each other and that together we are stronger. I am so excited to spend time with the PM and to get to know the man who leads this great nation.” 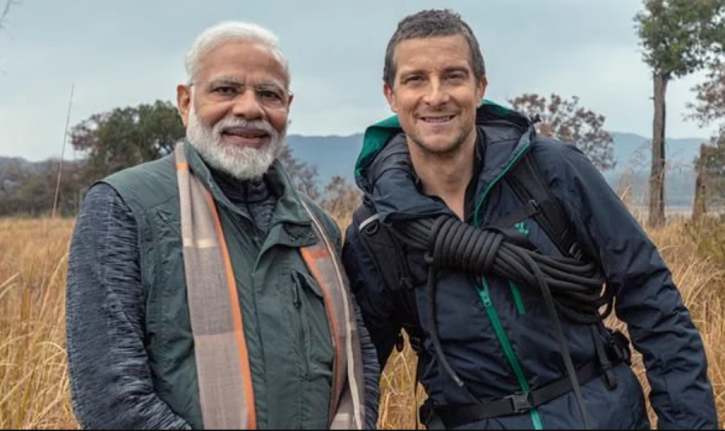 Man Vs Wild will be aired on 12th Aug 2019 at 9.00 PM IST on all the 12 platforms of Discovery Channel in India simultaneously. This episode will be telecasted in 5 languages and will be viewed by the viewers of around 180 countries all over the globe.

Bear Grylls is an amazing host that also hosted many famous celebrities in the past including actor Kate Winslet, former US President Barack Obama, and the Tennis sensation Roger Federer.

Read More: Most Beautiful Valleys In The World