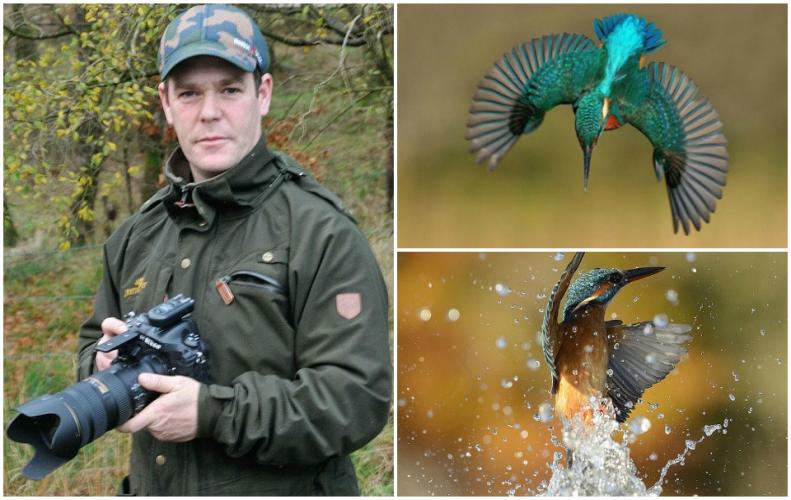 Explore the Story of an Award Winning Photographer Alan McFadyen

Photography is an art and to take the perfect shot it takes so much patience and hard work. Alan McFadyen is the live example of this as he took almost six years and 720,000 rough snapshots to take one perfect shot for the Kingfisher.

This obsession with getting the perfect Kingfisher shot was started six years ago as he stated that “My passion for nature started as early as six. At the crack of dawn, I would go out cycling with my grandfather who would help me spot nests while looking for birds. Then one day, we reached a tranquil location after a 3-km ride which was a breathtaking sight of a stone bridge with a crystal clear stream situated amongst reed beds and deciduous woodland. With a twinkle in my eyes, I waited unwearyingly for my surprise. I had no idea what to expect! After an hour or so, a piping call was heard and my grandfather quickly asked me to look down. All I could see was an electric blue bulletin shooting upstream. I could not comprehend that a bird in the UK could be so colourful, like a bird of paradise."

Alan McFadyen added further "It was love at first sight for me! I just couldn’t have enough of the bird and I wanted to learn everything about it. The seeds of passion for bird-watching were planted and it never stopped. But it wasn’t until 2009 when I purchased my first camera and took up photography, that it became an obsession!”

It took years of hard work and patience to accomplish this goal by hiding behind the trees and waiting for hours.

Alan McFadyen was very happy after getting the perfect shot and added what thing influenced him for the photography as “When I started, I hadn't a clue about photography. I got in touch with a local ranger, Keith Kirk, as he was the best wildlife photographer in the region. We are now good friends and I still regularly contact him for advice on technical stuff. Another top photographer and BBC presenter Chris Packham also visited my hide to see the Sparrowhawk a few months ago. Once he saw the gorgeous bird, he described it on television as ‘not only the best bird on the planet as a species but the greatest bird on earth as an individual.”

And the Final outcome is:

Alan McFadyen truly shows that if a person does his job with all dedication, patience, and hard work then he will surely get success.