The Journey of Onida Devils | Then vs Now 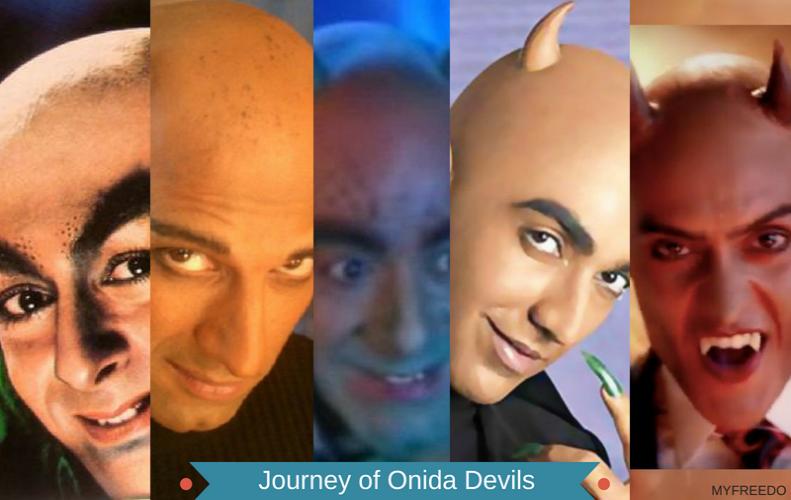 Explore the Journey of the Devils of Onida

If you are 90’s kid then surely you remember the Onida devils. Well! Frankly say our family never bought an Onida TV but the advertisement of Onida with devils always amazed and haunted us at the same time. The devils that come at the screen to advertise a TV brand, the idea was really amazing. At that time the Onida TV got a new synonym “the Devil wala TV”. But have you ever wonder that the devils of Onida, what are they doing nowadays. Don’t bother we found them for you. Just explore the below list of Onida devils.

The first Onida devil that grew the curiosity amongst people was David Whitbread. His personality was enough to haunt as a devil and he succeeded to do so. He played the devil character for Onida for almost 14 years.

Now he became a famous choreographer and perfectly doing this job also.

After David, an Indian played the character named as Rajesh Khera. Rajesh played this role in the year 2004 but he got his fame due to a character in a famous television series “Jassi Jaisi Koi Nahin”.

Nowadays he is working as a supporting character in movies. His last appearance was in ‘Hate Story 2’, which was released in 2014.

After Rajesh, the famous actor Aamir Bashir played this role of devil brilliantly for almost more than a year.

At present Aamir Bashir is working as an actor in films. He recently played a character in movie “Haider” in 2014.

The Fourth Devil of Onida

The fourth devil after Aamir Bashir the famous actor Ashish Chaudhary became the devil for Onida. Rather than TV, he contributed to selling other types of equipment of Onida also.

In 2009, Onida shut down their commercials but the devils of Onida will be remembered by the audience for years.

During the IPL 2018, Onida recreated the commercial for Onida AC based on the devil theme but didn’t succeed. The Creative Director of Taproot Dentsu Neeraj Kanitkar stated about this new campaign as “The Onida Devil is one of the most memorable icons of Indian advertising. When we had to create a campaign for Onida Inverter ACs, we knew that we just had to use him. After all, who but the devil knows which AC works the best even in the most extreme heat. He was resurrected in a new avatar as a die-hard fan of Onida Inverter ACs. The only ACs powerful enough to keep his house cool in the scorching heat of hell. A true testament to cooling prowess, if there ever was one.”

This new advertisement got mixed reactions from the audience. Now we can only wait for the new creative versions of the devils from Onida.

The Journey of Onida Devils | Then vs Now