Powerful Demons | Explore the Demons from All Religions 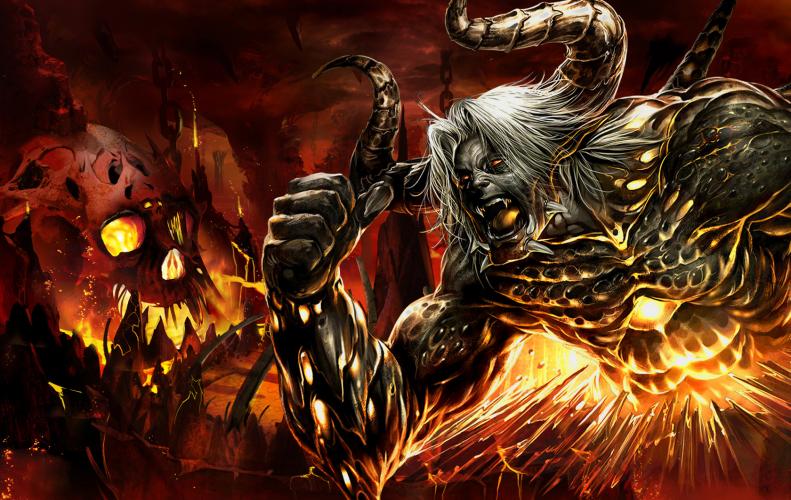 Check out the Powerful Demons Described in Different Religions

Every creature in this world consists of two sides one is good and one is evil. And the evil nature haunts us. In a similar way, there are many powerful demons that described in the various religious books. I have collected about the most powerful demons, just check them out.

A Demon from the Sumerian Mythology who creates sickness. Also, it is said that during his spare time he enjoys performing physical activities on mountains.

A female Jewish domain who is the cause of miscarriages in women. It is said that she is infertile so due to jealousy she kills children of others.

A demon that comes at earth when one of your relatives is about to die.

A duke of hell who can give power to people that they can talk to animals and also helps pirates to discover treasures.

The Demon’s Armies king from the hell. When he travels there are many different types of music plays at the same time.

A warrior demon that stole the horse from the Eden Garden and consists of a serpent tail.

The demon called as president of hell and lies amongst the most powerful demons but it is not cleared that who chose him as the president.

He is one of the most powerful demons from the Christian mythology holding hawk at his arm and rides on a crocodile.

These powerful demons are the illustration of the evilness. Which devil haunts you most, share with us also by writing us in the comment section.

Powerful Demons | Explore the Demons from All Religions