The Most Awaited Movie ‘Race 3’ hit the Box Office 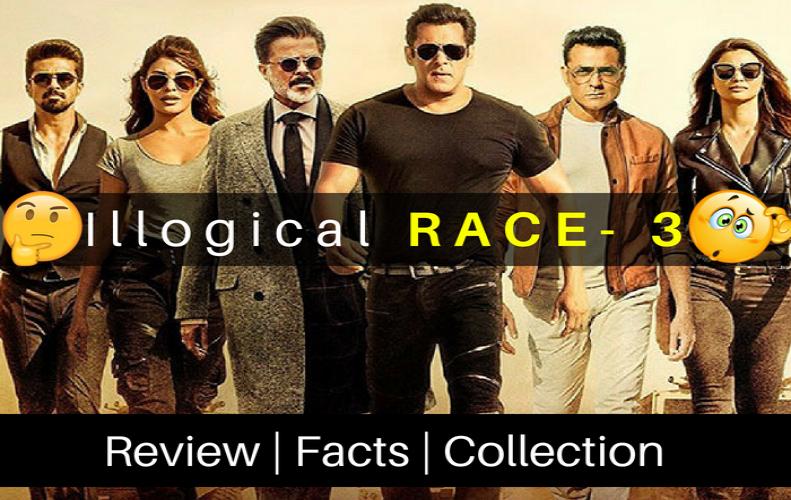 Check out the Complete News, Facts, Dialogues, Reviews and Ratings

The most awaited movie of the Bollywood Film Industry, Race 3 hit the Box office on this Friday. On this auspicious occasion of Eid, the movie is the gift for the huge followers of Salman Khan. With this long weekend Race 3 already became one of the highest openers of the industry this year. Here are the complete Race 3 movie reviews & facts.

Being under the most budgeted movies of Bollywood, Race 3 movie budget reached around INR 100 Crore including the movie production, advertising and prints cost.

Race 3 songs album includes 10 different tracks where 3 tracks are the different versions of one song named as ‘Selfish’.

You can enjoy all the tracks of Race 3 from here:- Race 3 movie songs

Although, plenty of dialogues are already buzzing the internet some of them are most hilarious. These are the following of top three dialogues:

Race 3 lies under one of the most prestigious banners in Bollywood Industry as Salman Khan Films and it becomes grander when Salman’s movie comes on the occasion of Eid. So it is predictable that this movie will break all the previous records. Just have a look at the collection of this weekend.

Till Friday Race 3 earned gross $3.5 Million or INR 23.96 Crore from overseas countries. Race 3 released with almost 1500 screens overseas and got huge success amongst them.

Although, Race 3 got huge success over the Box Office collections but didn’t succeed to impress critics and they have shown this through reviews. Many big critics acclaimed that the story of the movie is not new and refreshing, music is also not outstanding and the performances are okay.

The storyline of Race 3 includes the story of a family where a father (Anil Kapoor) runs an illegal arms business with his stepson (Salman Khan) and twin children (Daisy Shah and Saqib Saleem) with the help of a friend (Bobby Deol). But they all have different goals and perspective in their life, as resulted consequences occurred and things go worst when a girl (Jacqueline Fernandez) came into their life.

You can read the complete review of Race 3 from here: TOI Review

Race 3 is the third installment of the movie series named ‘Race’ and lies under one of the biggest franchise and comes with the huge star cast and big names, but as per my opinion, it doesn’t create the magic to the screen. It lacks in many aspects including story, music, and performances, resulted you may face disappointments. So, if you are a diehard Salman Khan Fan then you can watch this movie otherwise there is nothing new for that you should spend money.

The Most Awaited Movie ‘Race 3’ hit the Box Office